With speeding the main focus of this year’s Operation Safe Driver Week, held July 11-17, the Commercial Vehicle Safety Alliance (CVSA) reported that of the 28,148 commercial vehicles pulled over during safety blitz, speeding remained the top driver violation. Of those, 1,690 speed-related citations and 2,549 warnings were given to commercial motor vehicle drivers. 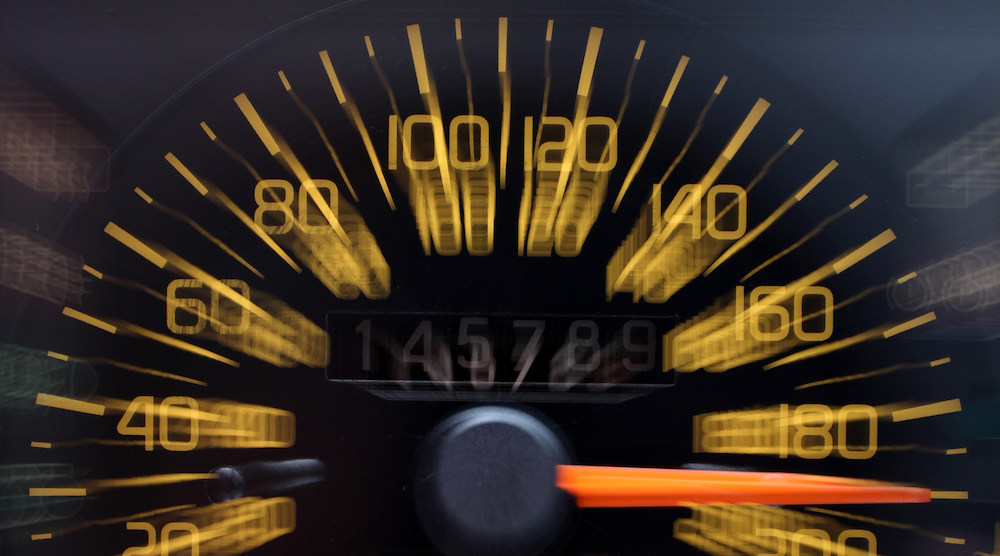 According to CVSA, failure to wear a seat belt was the second most-cited violation, with 1,225 citations and 954 warnings given to truck drivers. Law enforcement personnel also issued warnings and citations to drivers for state/local driver violations. Examples of such violations may include vehicle-related observations an officer may notice during a traffic stop, such as equipment violations, expired license plate tags, inoperative lamps, etc. Commercial motor vehicle drivers received 6,631 warnings and 4,007 citations.

According to the National Highway Traffic Safety Administration, 94% of car crashes are caused by drivers. And when a passenger vehicle collides with a large commercial motor vehicle, the result can be catastrophic. The majority of deaths in large-truck crashes are occupants of the passenger vehicle (71%), followed by the truck’s occupants (18%). CVSA’s Operation Safe Driver Week aims to prevent CMV-involved crashes through interactions between law enforcement and drivers.

“With fewer motorists on the road and an increased demand on trucking due to the pandemic, these two factors likely dramatically impacted the increase in road deaths,” said Fred Fakkema, VP of safety and compliance at Zonar Systems. “Despite the downtick in drivers, there have been more speeding incidents. When vehicles are traveling faster, the accidents they are in are likely going to be more severe. Drivers are also under more pressure for on-time deliveries with the increased demand on freight and the numerous issues with the supply chain.”

FMCSA’s investigative event ran for seven weeks, from June 7 to July 16, with participation from all its divisions. The agency prioritized moderate-risk and high-risk carriers for remote on-site and off-site investigations.

FMCSA field staff completed 90 high-risk and 201 moderate-risk carrier investigations, resulting in 64 conditional ratings and 30 unsatisfactory ratings. Three driver notices of claim are planned, 21 carriers entered the denial of access process, 10 out-of-service orders were issued and one pattern of safety violations case is under review. Out of 291 investigations, nine resulted in enforcement for the violation of 392.2—unsafe driving.

“Since we know that most crashes are caused by drivers, the best way to prevent crashes is to start with the cause—drivers,” said CVSA President John Broers with South Dakota Highway Patrol. “If seeing a patrol car causes a driver to slow down in a high-risk crash area of the roadway, then we’ll put patrol cars in that area. If being stopped by an officer causes that driver to be more conscientious, then our officers will pull over unsafe drivers. We will continue to do our part to make our roadways as safe as possible.”

As “normal life” begins to return, FleetOwner asked Fakkema if road congestion will continue to trend back into normal ranges.

“Speed will decrease as road congestion returns to ‘normal’ and increases, however, drivers will have to continually be reminded that safety is a culture and is imperative, regardless of the amount of traffic,” Fakkema explained. “Also, more safety technologies are being added to both commercial and passenger vehicles, and with the current administration, there is a likelihood that some of them, such as speed limiters, could be mandated soon.”