Only those who work in the trucking industry really understand what we mean when we say “driver fatigue.”

It isn’t just being tired, or bored from driving the same highways for hours on end. It’s the overwhelming physical and mental exhaustion that comes with life on the road.

Truck drivers who are frequently fatigued may be at increased risk for getting into accidents, according to a study by the Rocky Mountain Center for Occupational and Environmental Health at the University of Utah School of Medicine.

The study surveyed 797 truckers and found that both high pulse pressure and fatigue were highly associated with crash risk. The researchers noted that many of the negative aspects of truck driving, including stress, long hours, heavy lifting, and lack of sleep and exercise, could contribute to both conditions. 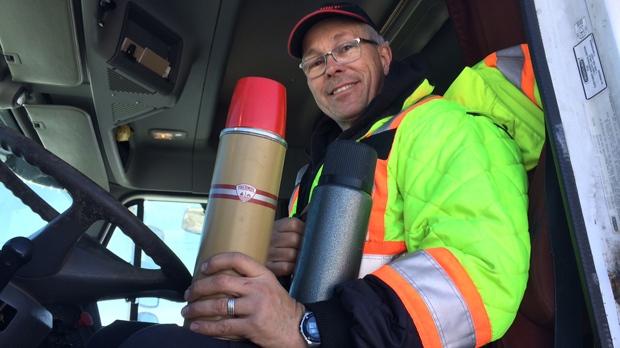 In an industry where miles equal money, sleep means less of both in a given day. While you may not be able to – or even want to – sleep six to eight hours in a stretch, you can experiment with your sleep pattern to find what works best for you. Try sleeping at different times, for different intervals and see how that feels.

Think taking a short sleep break is a waste of time! According to the National Sleep Foundation, naps can “restore alertness, enhance performance, and reduce mistakes and accidents.” In fact, a NASA study conducted on sleepy military pilots and astronauts found that a 40-minute nap improved performance by 34 percent and alertness by 100 percent. If it works for astronauts…

While that fast-food burger may be quick, easy and delicious, it could be part of what’s contributing to your fatigue. Food is your body’s fuel, and what you put into it makes a difference.

Think about it this way, your body is exerting energy to process the food, but with junk food it’s not getting any nutrients in return. A candy bar may give you a quick “sugar rush” but once it wears off, you’re left feeling more tired than when you started.

So what should you eat instead? The National Institutes of Health recommends going for a tuna or chicken sandwich instead of a fatty burger and grabbing an English muffin or bagel instead of that sugary donut.

Caffeine is a stimulant. Alcohol is a depressant. When used regularly, both can have major effects on the body that, in the long run, contribute to various health issues, including fatigue.

Caffeine goes straight to the brain and blocks the receptors for adenosine, a molecule that is produced by your body throughout the day. As adenosine builds up, that feeling of tiredness increases, so while the receptors are blocked by caffeine, you feel wide awake for a while. Eventually the brain makes more receptors, which is why you need more caffeine to feel the effects.

According to the U.S. Food and Drug Administration, caffeine also increases the amount of adrenaline released into your body, which can increase your blood pressure and cause headaches, dizziness or nervousness.

Alcohol affects the brain by altering its levels of neurotransmitters – the chemical messengers that transmit signals throughout the body. These neurotransmitters control thought processes, behavior and emotion. It also affects the medulla, the area of the brain that handles automatic functions like breathing, consciousness and body temperature. When alcohol interferes with the medulla, it causes sleepiness.

Dehydration can lead to drowsiness, headaches and muscle cramps. You have enough to worry about on the road without all of those, so stay hydrated.

An important thing to remember is that water doesn’t just quench your thirst. According to the Centers for Disease Control and Prevention, drinking water can help regulate your body temperature, lubricate and cushion joints, and protect your spinal cord and other sensitive tissues. All of which contribute to your overall health and combating fatigue.

5. PAY ATTENTION TO YOUR ENVIRONMENT

Your truck is where you spend a huge majority of your time, so make sure it isn’t contributing to your fatigue. The bouncing and jarring truckers are exposed to while driving can have severe consequences that contribute to overall fatigue and affect driver performance, such as back pain, spinal degradation and general soreness.

Taking advantage of technology that limits these factors can help combat driver fatigue.

A recent study sponsored by Bose found that after using the Bose Ride seat suspension system for just three months, 94 percent of drivers who began the study reporting that they had fatigue and back pain serious enough to interfere with their work reported that fatigue no longer interfered with their work.

Remember, these are just general tips that are not intended as medical advice. If you are concerned about a medical condition or need treatment, consult your physician.