Safest drivers in the US

Safety is critically important in trucking—not being safe can cost drivers their livelihood, not to mention all the other consequences that can stem from unsafe trucks out on the road. What are truck drivers seeing in their daily routines, and more broadly, what’s happening in terms of safety among all drivers of commercial and work vehicles?

Looking at data over a two-year period from Oct. 2015 through Sept. 2017, fleet management systems provider Verizon Connect examined driving behaviors for more than 6,200 of its fleet customers. This included small and midsize businesses with two to 200 trucks, with vehicles of all kinds from light vans and pickups on up; the company turned up a few surprises.

Verizon Connect considered a number of factors including fatalities per vehicle miles traveled, average speeding events per day, and average speeding events per mile. Turns out the safest states in the U.S. for this range of commercial vehicle drivers mostly followed a region along the East Coast, even with its many consistent traffic problems along the I-95 corridor and elsewhere.

Commercial vehicle drivers had the fewest instances of “lead foot” in Vermont, followed by Virginia and Connecticut. Drivers sped most often in South Dakota, with North Dakota and Montana drivers just behind in the rearview mirror.

Mixing among the heavy trucks

Another fleet management systems provider, Teletrac Navman, held a month-long contest asking truck drivers across the country to share their top safety concerns and tips to make the roads safer. The company launched a new driver safety module last month that uses a camera and GPS to pinpoint safety events along with its data analytics platform.

Many submissions repeated the same themes, the company said, providing insight into what truck drivers collectively are seeing—and worrying about.

In the most-cited concern, passenger cars are cutting off trucks or pulling maneuvers that cut it too close, leaving the truck too little stopping distance. Some 22% of truckers mentioned the importance of leaving enough space between their trucks and other vehicles.

Also, proper turn signal use is diminishing; using a turn signal when changing lanes can be especially important when pulling in front of a heavy truck.

“I haul a tank. Please don’t jump in front of the truck and just stop in our lane because there is a gap in the traffic,” one driver commented. “With the surge of our loads it makes it hard for the driver to stop. Be aware of the space you give us.”

“I wish the average [passenger car] driver and truck driver alike knew that when a truck driver opens up their following distance, that doesn’t mean you should jump in between the two vehicles,” a female truck driver noted. “I try to maintain a safe following distance at all times not only to give myself an ‘out’ but to have time to react to a given situation ahead.”

Not far behind that concern, truckers are seeing too much speeding; 19% of respondents encouraged other drivers to slow it down. Also, 19% said it’s important for other drivers to be alert to their surroundings and changing conditions and be safe around big trucks.

“Anticipate what other drivers are going to do before they do it. You always have to be aware of what’s driving around you at all times,” a truck driver noted. “Keep looking at least a quarter mile ahead, not just at the taillights in front of you.”

“When driving on the highway in a car or pickup, slow down or change lanes away from a disabled big truck,” a driver urged. “If you see a big truck on side of the highway, they will have their reflectors out to warn you they are broken down. Save a life! Slow down if you can’t change lanes.” 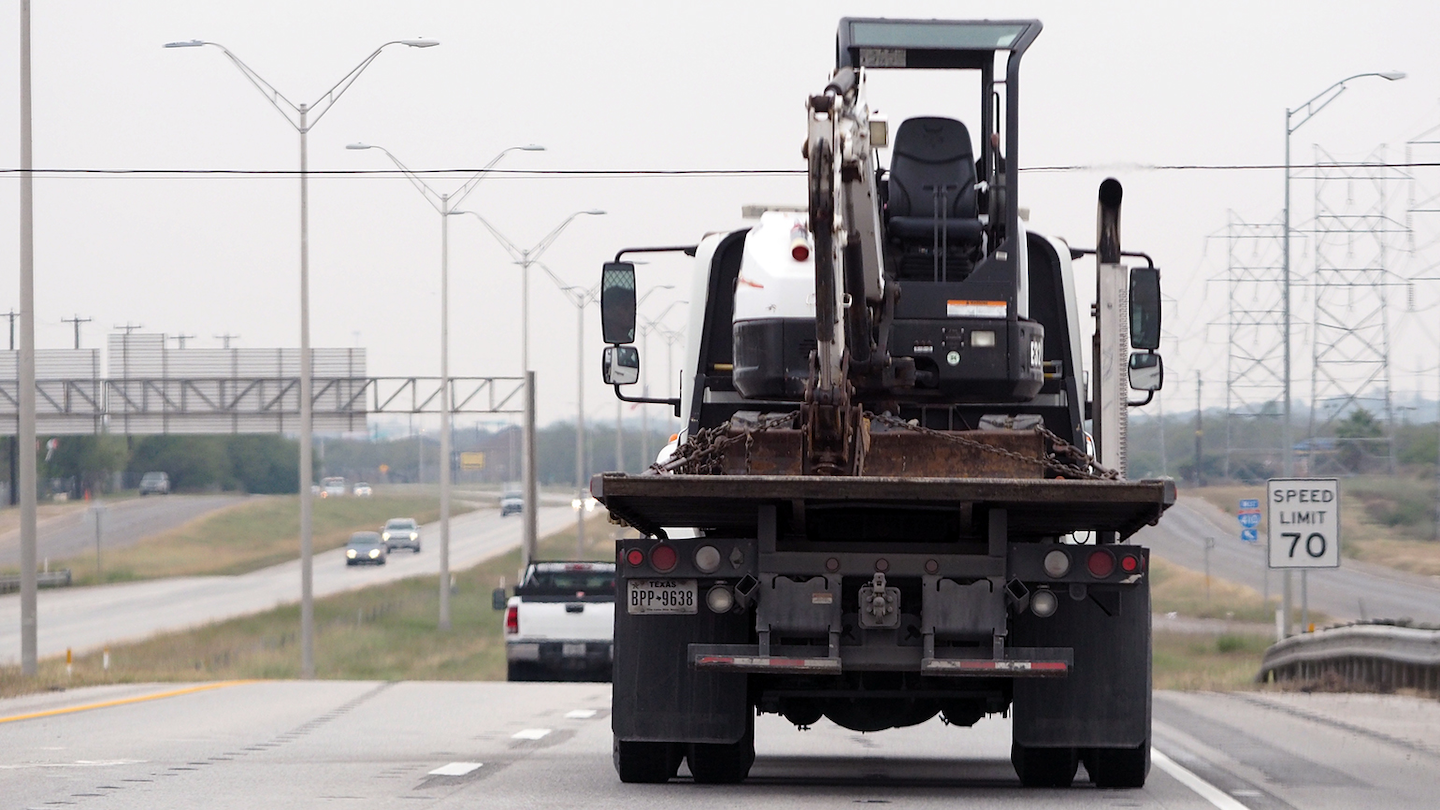 Still that same amount—19%—of contest participants said other drivers need to take better care doing things like changing lanes, passing, and merging. And when passing a truck, get by quickly; don’t creep along in a truck’s blind spots.

“If you are going to pass a big rig, go on and pass. Stop just hanging right at the driver’s door or our blind spots,” a driver commented.

Driver fatigue (12%) and not texting or using a phone while driving (8%) also ranked high among truck drivers’ concerns—including about other truck drivers. And, going back to leaving safe distances for heavy trucks to stop, remember that’s especially the case in bad weather.

“Know your limits. If you are fatigued or drowsy, you should stop driving. When you pull into a safe spot you can get out and walk around your truck and trailer to wake up and get the blood flowing,” a truck driver wrote. “You should also know your limits with inclement weather. When you have a light load, you need to make sure you get to a safe area if the wind picks up and starts pushing your truck all over the road.

“Hopefully you get somewhere safe before that happens,” he continued. “You should also slow down and give more following distance when it is torrential rain or heavy snow. Doing these few things to keep you safe not only lets you keep a safe driving record, it also keeps you moving so you can keep making money.”