When safety is a personal value instead of just a priority, compromise doesn’t happen

There’s a difference between values and priorities. On the surface, they seem similar, but let’s take a closer look.

For example, imagine you’re hungry. Maybe you woke up late and didn’t have time for breakfast. Maybe the shipper took so long to load your trailer that you didn’t have time to stop for lunch. Whatever the reason, you’ve got to stop soon and get something to eat. Food is now very high on your priority list.

Here’s another scenario: Just an hour ago, you made a valiant attempt to get much more than your money’s worth at the truck stop buffet (we’re imagining this pre-COVID). You’re still stuffed. At this point, food is much further down on your priority list.

That’s the thing about priorities. They change when the circumstances do. Every driver who’s experienced the transition from “I might need to stop for a restroom when an opportunity comes up” to “I gotta stop right NOW!” has experienced a change of priorities.

That’s why your safety and that of others you share the road with can’t be a priority — even if safety is “Priority 1” or “our highest priority” — because priorities change.

When you’re starting out fresh and well-rested and there’s plenty of time to get the load there by the delivery appointment time, safety might be really high on your priority list. On the other hand, when you’re way behind schedule, the dispatcher is upset and you just can’t stop right now even though you’re really tired, it’s easy to let driving just a few more miles become a higher priority than worrying about safety.

Maybe you usually drive the speed limit or just a little over, unless you’re running late and you need to make up time. Or, most of the time, you wouldn’t think of tailgating a vehicle, but that four-wheeler is clogging up the hammer lane and needs a little “persuasion” to move over. Maybe you just don’t have time to slow down for a snowstorm right now. Maybe that shortcut with the “no trucks” sign won’t be patrolled today.

Often, there’s no conscious decision involved. There’s no thought process that says you’ll decide safety isn’t important any longer. For many drivers, it’s the gradual acceptance of higher risk. A little faster. A little longer. A little more aggressive. You’re a pro. You can handle it. After all, you’ve done it before.

That’s why safety has to be a value for you as a professional driver. Values are different from priorities in that they are much harder to change. Values are deeply seated in your character, in your psyche. They come from your family, from your upbringing, from your church or school or mentors. They’re part of who you are. 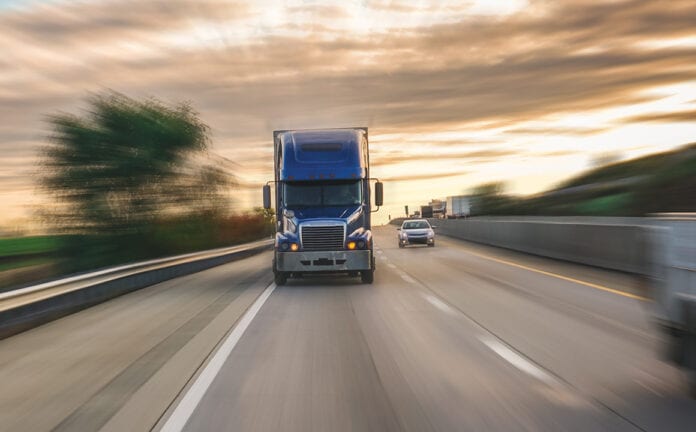 When you’re faced with a decision that could compromise your values, you aren’t as likely to pick the less-safe option. Imagine, for example, that your dispatcher asked you to drive off without paying for repairs made to your truck. That’s theft. Some might be deterred by the potential punishment when caught, but many drivers would simply refuse based on their values of honesty and integrity.

It should be no different with safety. Many drivers are all too familiar with questionable requests made by carrier representatives. Requests or demands to drive beyond legal hours of service, bypass scales with illegally heavy loads or run with unsafe equipment because it’s cheaper to fix at the terminal are examples of things some drivers are sometimes asked to do. Other drivers make such decisions for themselves, without the involvement of a carrier.

Refusal to do these things could result in consequences. In some cases, they might include loss of a job. But there’s a cost to acquiescence, too. There’s the risk of accident or injury, and there’s the sacrifice of character.

When safety is a personal value, your main goal goes beyond getting home safely. Defensive driving, or driving in such a way as to keep other motorists from involving you in an accident, isn’t good enough. Your safety value prompts you to help others get home safely as well. It means viewing other motorists as co-workers to be assisted rather than enemies to defend against.

It’s not an easy transition, especially when those other motorists don’t have the same value of safety. But every one of those motorists is a person — a parent, a spouse, a child or a friend of someone. Just like your parents, spouse, children and friends, they may not always make the safest driving decisions.

Professional drivers are often very good at anticipating the actions of other motorists. The problem is that the other motorists can’t always be counted on to react as expected. For example, many drivers learn early in their career that “crowding” a four-wheeler, either from the rear or from the side, can prompt them to change lanes. But it could prompt them to do something else, too — like run off the road or slam on the brakes. That “wrong” action could be their last action.

Even something as simple as blowing the air horn can startle another motorist into jerking the steering wheel, possibly causing an accident. It can also cause others to look for the source of the noise, taking their eyes off the road ahead. Blowing the air horn might not be appropriate in heavy traffic, and it’s never appropriate when done in anger or in revenge for a perceived slight.

A value of safety asks a constant question: “What’s the safest way to handle the situation you’re in?” The answer doesn’t always fit your schedule or your mood or your dispatcher’s plans. It could cost you a missed appointment, your next load or even your job. But it won’t cost your life, and it won’t sentence you to a lifetime of guilt for causing the loss of someone else’s life.

So, as the season of gift-giving approaches, take the time to think about how you handle safety. Is it, for you, a priority that changes with the circumstances? Or a deeply seated value that you don’t compromise? Think about times on the road when a value of safety might have changed the actions you took and reduced the risk you accepted. Think about how you might help someone else get home for the holidays, even if they ARE a bad driver who deserves a stocking full of coal.

Have a wonderful and SAFE holiday season.