Every year, millions of families sit around a table (or a television) on the fourth Thursday of November and consume a meal that has the potential to make doctors cringe at the amount of food consumed. What most of these families don’t consider is how that food got to them and allowed them to celebrate Thanksgiving. Like just about everything else that’s available for purchase in America, it was delivered by a truck driver.

So how much food are we talking about here?

The main course
• Of the 254 million turkeys raised in the United States, 48 million are expected to be consumed on Thanksgiving Day.
• The average weight of each turkey is 15 pounds which means there’ll likely be about 720 million pounds of turkey cooked this year for Thanksgiving.
• At an average of 50,000 pounds hauled per truck, it would require 14,400 big rigs to deliver those tasty turkeys.

The desserts
• The most common dessert at Thanksgiving is pumpkin pie, with 50 million pies consumed. In order to produce 50 million pies, it takes 25 million pounds of pumpkin.
• What more do you need than pumpkin pie?
• And how many big rigs did it take to get all the pumpkins delivered so pumpkin pies could be crafted? It would take 500 big rigs.

In total, that’s nearly 80,000 big rig trips required to deliver food on Thanksgiving using the base criteria that we’ve outlined above. Add in all the extras that are bound to happen and the number of rigs would far exceed that. 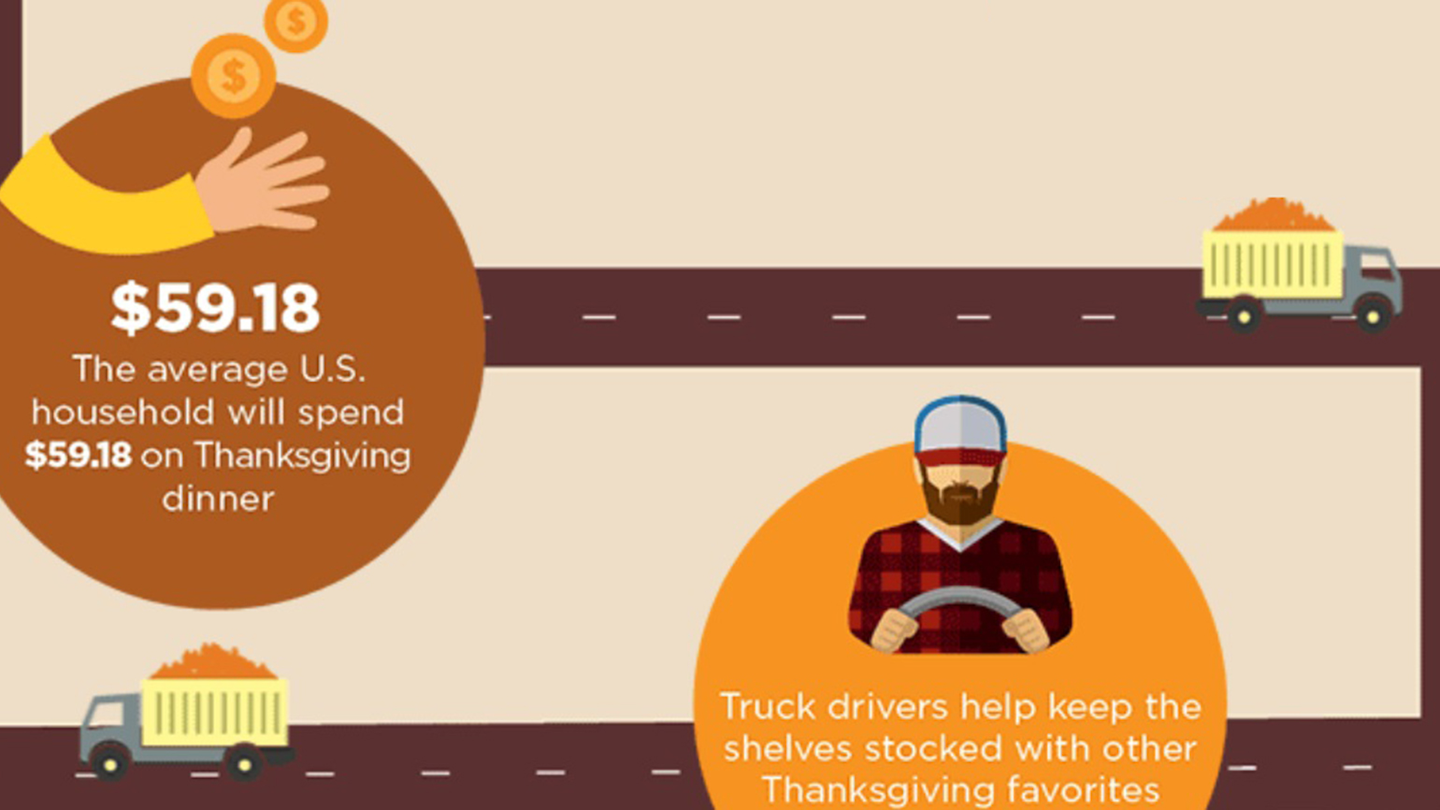