A review of important news out of the nation’s capital 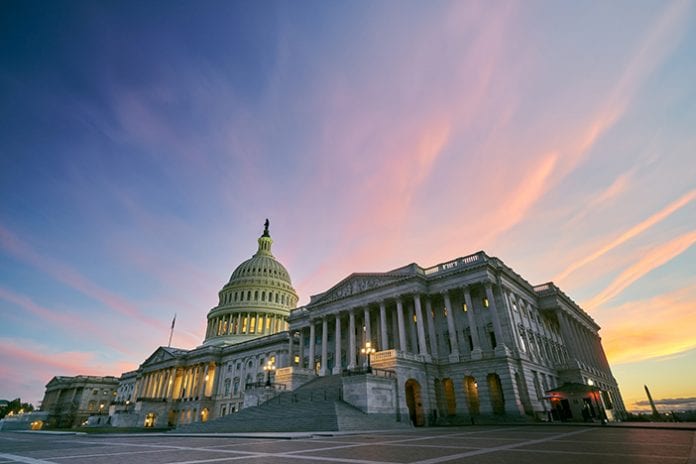 In some months, federal departments and agencies seem to slumber regarding regulatory matters. At other times, they buzz with activity. The latter has been the case since the last issue of Truckload Authority. Among other issues, the Department of Health and Human Services has released its proposal to regulate substance abuse testing, including allowing the use of hair as part of testing; but the trucking industry has some qualms about the proposal. On a positive note, the Federal Motor Carrier Safety Administration is looking at furthering flexibility in hours of service and wants to form an advisory panel of professional truck drivers.

The Department of Health and Human Services (HHS) in September published proposed mandatory guidelines for federal workplace drug-testing programs that include guidelines for hair testing.

The guidelines would allow companies and organizations that follow federal rules and guidelines to collect and test a hair specimen as part of their drug-testing programs with the limitation that hair specimens be used for pre-employment and random testing.

Under the guidelines, a federal agency choosing to test hair specimens must authorize collection and testing of at least one other specimen type that is authorized under the Mandatory Guidelines for Federal Workplace Drug Testing Programs. The agency must also provide procedures whereby the alternate specimen is used in the event that a donor is unable to provide a sufficient amount of hair for faith-based or medical reasons or due to an insufficient amount or length of hair.

The proposed guidelines require collection of an alternate authorized drug-testing specimen in addition to the hair specimen, either simultaneously (i.e., at the same collection event) or when directed by the medical review officer (MRO) after review and verification of laboratory-reported results for the hair specimen. This alternate specimen would be tested and reported in place of a donor’s positive hair specimen in certain circumstances, including when the hair test comes back positive and there is no medical explanation or admission of drug use.

“What makes the guidelines problematic to everyone is when a driver tests positive with the use of a hair test and there is no given reason for the positive results,” he said, adding that reasons can range from a valid prescription to a driver admitting to the use of a controlled substance.

“Regardless, if no medical reason exists outside of a prescription, and it most likely won’t, the positive hair test must be followed up with an alternative test, most likely a urine test,” shared Heller. “Everyone in the industry knows that hair testing will reveal a much greater history of drug use than a urine test will. The results of the alternative urine test will be the deciding result.”

The Alliance extrapolated its results over a population of 3.5 million U.S. truck drivers and claimed that, if their results were generalized across the U.S. driver population, almost 300,000 current drivers would not be on the road if forced to pass a hair test.

“A urine drug test misses as many as nine of 10 actual drug users, but a hair test captures them,” shared The Trucking Alliance Managing Director Lane Kidd. “So, it’s surprising this Administration proposes to tie the hands of an employer from disqualifying a person unless they fail both a hair and urine drug test. This proposal is unworkable and is why the Trucking Alliance is pursuing regulatory and legislative avenues to make sure hair tests are recognized and can rid the industry of drug impaired truck drivers.”

In the proposed guidelines, HHS predicts the number of hair tests conducted will be minimal.

Using data obtained from the Federal Workplace Drug Testing Programs and HHS-certified laboratories, the Department estimates that 275,000 urine specimens are tested annually by federal agencies. HHS projects that approximately 1% (or 2,750) of the 275,000 specimens tested per year will be hair specimens and 89% (or 244,750) will be urine specimens, with the remaining approximately 10% being oral fluid specimens (27,500).

In response to the HHS testing predictions, Heller noted that the roughly 1% of hair specimen tests that HHS predicts would only happen if this rule moves forward as written, referencing the fact that the rule provides little benefit to carriers that are achieving “such tremendous” results with this form of testing. Many could be reluctant to partake in such a program if positive hair test results are required to be supported by positive urine-based tests.

“Time and again, trucking has represented itself as a zero-tolerance industry when it comes to drugs and alcohol in the workplace,” added Heller. “That being said, these proposed guidelines do very little support that position.”

Just as the Federal Motor Carrier Safety Administration’s (FMCSA) new hours-of-service (HOS) rules were set to become effective in late September, a coalition of three safety groups, along with the International Brotherhood of Teamsters, asked a federal court to overturn the new regulations.

The Public Citizen Litigation Group, which is representing Advocates for Highway and Auto Safety, Citizens for Reliable and Safe Highways (CRASH), Parents Against Tired Truckers (PATT), and the International Brotherhood of Teamsters, on September 16, filed a petition with the U.S. Court of Appeals for the District of Columbia Circuit that seeks to invalidate the new HOS rules.

The petition alone did not prevent the new rules from going into effect as scheduled.

“The FMCSA is supposed to protect truck drivers and the public from unsafe driving conditions, but this rule does the opposite and puts the health and safety of these workers at risk,” said Public Citizen Litigation Group Lawyer Adina Rosenbaum.

The U.S. Department of Transportation’s Federal Motor Carrier Safety Administration (FMCSA) announced in August that it is seeking public comment on a pilot program that would allow additional hours-of-service (HOS) regulatory relief by allowing participating drivers to pause their on-duty driving period with one off-duty period up to three hours.

“Truckers are American heroes — they keep our supply chain moving; they carry essential goods we need to maintain our daily lives,” shared U.S. Transportation Secretary Elaine L. Chao in a press release. “The department is seeking public comments on providing additional flexibility for truckers as they work to serve our country during this public health crisis.”

Additionally, the new pilot program would allow drivers one off-duty break of at least 30 minutes, but not more than three hours, that would pause a truck driver’s 14-hour driving window, provided the driver takes 10 consecutive hours off-duty at the end of the work shift. Participation in this pilot program would be limited to a certain number of commercial driver’s license (CDL) holders who meet the criteria specified for participating. This pilot program — scheduled to operate for three years or less — would gather statistically reliable evidence to analyze the safety and feasibility of such a modification to HOS rules.

“Industry data, generated by electronic logging devices (ELDs) has shown that issues such as detention and congestion, as well as the search for viable and safe parking, are more than just rhetoric at this point,” he added. “Providing drivers with an opportunity to address these issues by allowing them the tools to be more flexible can aid in the improving safety performance of our drivers and allow them the chance to address each and every day as it presents itself. This pilot program, most likely the first of many, can explore this option and provide valuable feedback on the viability of such a provision.”

The FMCSA stated in a news release that it wants to hear directly from drivers about the possibility and safety of a HOS pause pilot program.

“The [FMCSA] remains committed to exploring ways to improve safety on our roadways, while increasing flexibility for truckers,” the news release said.

In May 2020, the FMCSA published a final rule updating existing HOS regulations to provide greater flexibility, allow drivers more control over their workdays, and reduce regulatory burdens by $273 million annually. The updated HOS rules went into effect on September 29.

In the final hours of the 2020 fiscal year, President Donald Trump signed a continuing resolution (CR) passed by the U.S. House of Representatives and U.S. Senate that will fund federal government programs from the beginning of fiscal year 2021 on October 1 through December 11 in order to keep the government operating.

As part of the CR, the current surface transportation authorization legislation — the Fixing America’s Surface Transportation (FAST) Act — will be extended through September 30, 2021. An additional $13.6 billion was added to the Highway Trust Fund.

The American Association of State Highway and Transportation Officials (AASHTO) and 87 organizations urged congressional leadership to pass this type of “turn-key” bill in a September letter to Congress.

“Ideally, if this extension can be provided with increased funding, our industry will be able to employ more Americans in the construction sector which, in turn, will bolster market certainty for the transportation industry in 2021, making businesses more likely to hire workers while investing in new equipment and technologies,” he said.

According to an analysis by the AASHTO policy team, the FAST Act extension within the CR among other things, provides:

“I think we can all agree that the most valuable tool in the trucking industry is the professional driver,” said Truckload Carriers Association Vice President of Government Affairs David Heller. “Allowing input and opinions from a demographic that actually operates in our freight delivery world on a daily basis, coupled with data that can reinforce their viewpoints, presents an opportunity to truly create a regulatory environment that addresses our industry’s most problematic issues. The FMCSA’s MCSAC will certainly benefit from the valuable insight that these drivers will provide in an effort to truly formulate substantial positions on the future regulations that could possibly be bestowed upon this industry.”The Federal Motor Carrier Safety Administration (FMCSA) recently accepted applications for its new commercial motor vehicle (CMV) driver subcommittee. This panel, which is a subcomponent of the Motor Carrier Safety Advisory Committee (MCSAC), will provide direct feedback from commercial drivers to the FMCSA about important issues facing the driving community, such as safety, hours-of-service regulations, training, parking, and driver experience.

The new panel will be comprised of up to 25 drivers from all sectors of the CMV industry — tractor-trailer drivers, straight-truck drivers, motor-coach drivers, hazardous-materials drivers, agriculture haulers, and more. FMCSA’s goal for the new driver panel is to capture the wide array of viewpoints and experiences within the CMV community.

The U.S. Department of Labor (DOL) has proposed a rule that would clarify the definition of “employee” under the Fair Labor Standards Act (FLSA) as it relates to independent contractors.

“The department’s proposal aims to bring clarity and consistency to the determination of who’s an independent contractor under the Fair Labor Standards Act (FLSA),” said U.S. Secretary of Labor Eugene Scalia. “Once finalized, it will make it easier to identify employees covered by the Act, while respecting the decision other workers make to pursue the freedom and entrepreneurialism associated with being an independent contractor.”

The DOL’s proposed rule looks to:

Truckload Carriers Association Vice President of Government Affairs David Heller said the proposed rule reinforces the goals of an industry that has long relied upon independent contractors in addition to employees.

“The independent contractor business model is one that has been employed for decades in the truckload segment of our industry and represents an integral part of this nation’s freight delivery model,” noted Heller. “Some of our largest motor carriers on the highways today were created under this very premise, and TCA supports the notion proposed by the DOL that professional truck drivers should have the right to choose a career path that represents their pursuit of the traditional American dream.”