Meet The 2020 Female Driver of the Year

Susie De Ridder got her start in the industry early on in life. Her father owned a trucking company and began bringing her for rides when she was a toddler. Even at a young age she noticed there were no women behind the wheel. So, she asked her father why.

“He looked at me and said, ‘There’s no reason why ladies can’t be behind the wheel as well as men,’” De Ridder explained. “That always kind of stuck with me through my years growing up.”

De Ridder has been a professional truck driver for the last 40 years and has approximately 4 million accident-free miles. She is a company driver at Armour Transportation Systems in New Brunswick, Canada, and she just won the Women In Trucking (WIT) Association’s inaugural Female Driver of the Year award in 2020. The award recognizes female professional drivers who lead the industry in safety standards and actively work to enhance the public image of the trucking industry. 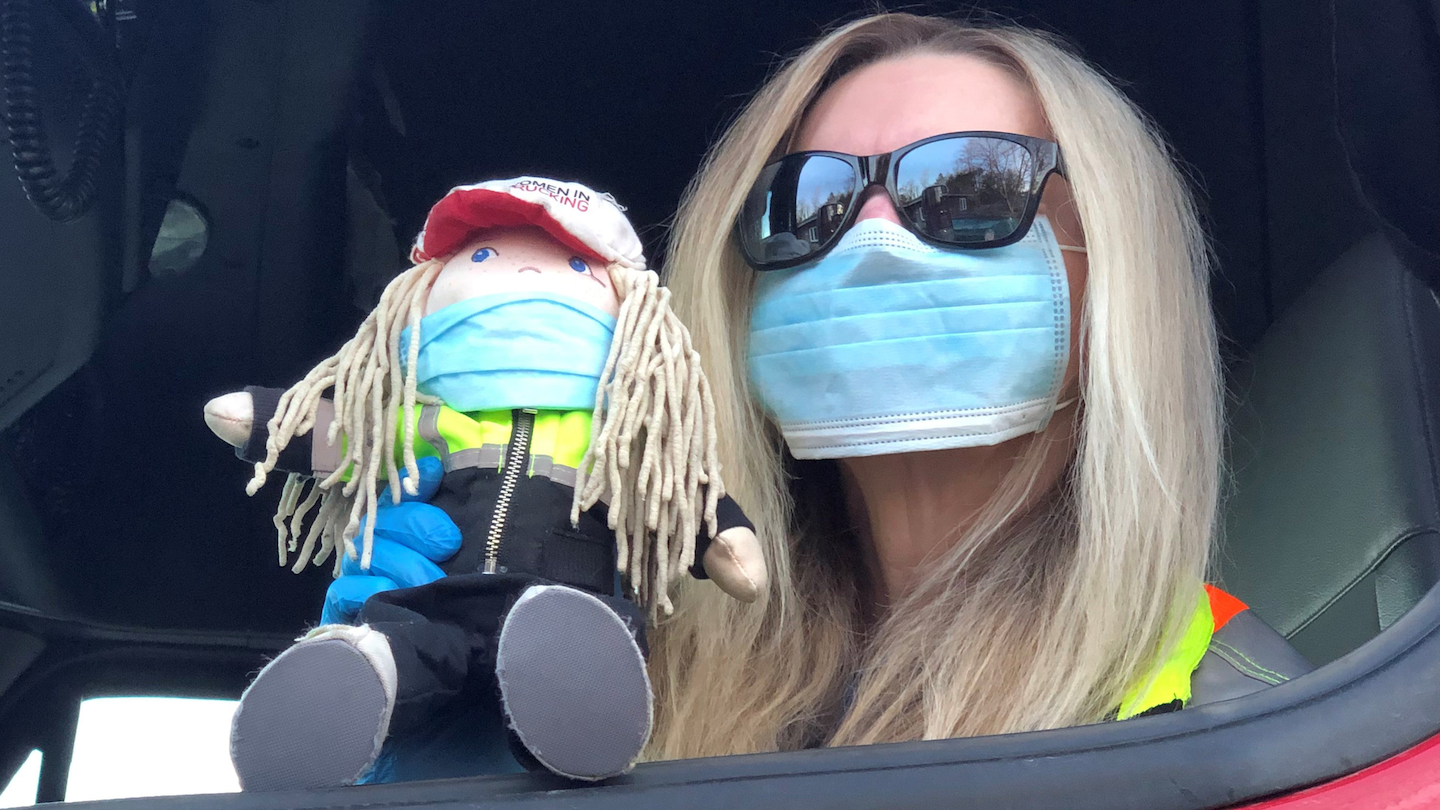 Before receiving the award, De Ridder knew she was one of three finalists. The finalists were supposed to travel to Louisville, Ky., to the Mid-American Truck Show (MATS), which was canceled due to COVID-19. One night, De Ridder got a surprise call from Ellen Voie, president and CEO of WIT, telling her she had won.

“I told Ellen that it was like winning the Golden Globe of Trucking,” De Ridder said. “I couldn’t believe it.”

De Ridder officially began her career in trucking as a dispatcher and did rate quoting and back-office work. But when she got her commercial driver’s license and set out on the open road, she never looked back. She did, however, run into some challenges along the way.

When De Ridder first started driving, there were no designated showers for women at truck stops. “The showers were for males only at the time. Women would have to get someone to watch out and secure the door to shower safely,” she explained.

Additionally, De Ridder and other women who drove tractor-trailers in the 1980s, were faced with rude comments and scrutiny over how well they could do the job from their male counterparts. Plus, safety at truck stops—especially at night—has always been more of a challenge for women, De Ridder explained.

Now, however, male truck drivers are used to seeing more women behind the wheel, and the attitude toward female drivers has shifted, De Ridder pointed out. It also doesn’t hurt that women have proven they could do the job just as well.

Throughout her career, De Ridder has displayed her show trucks at the Great American Truck Show in Dallas, at MATS in Louisville, Ky., and at the Walcott Truckers Jamboree in Iowa. At those shows, she won awards for her refurbished 1957 and 1987 Peterbilts.

Since 2015, De Ridder participated in the WIT “I Heart Trucking” photo contests, securing three first-place finishes and two runner’s up awards. In 2018, she was named to the WIT Image Team and has appeared in various magazines as a representative of the industry.

“I feel like when a woman picks up that magazine, she might be persuaded by seeing what I am doing and what I have accomplished,” De Ridder said. “I feel that any public exposure I can give that shines a positive light on the industry might inspire someone else to join.”

While continuing to haul across the U.S. and Canada on the front lines of the COVID-19 pandemic, De Ridder said she is doing all she can to stay healthy and safe, noting that she has never wiped her steering wheel so much in her life.

At the end of the day, De Ridder is proud to represent the industry and happy to have a job she loves. “I feel thankful that I have this job and that I can still get out and see the beautiful sunsets and sunrises,” she said. “I am just thankful for the little things in life.”