Infrastructure investment and increased truck parking capacity are among the recommendations listed by freight haulers that participated in the Department of Transportation’s request for information on its National Freight Strategic Plan. 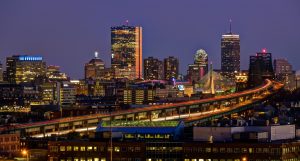 DOT called for input from these groups through a notice published in the Federal Register on Dec. 27. The National Freight Strategic Plan, required by the Fixing America’s Surface Transportation Act, is meant to help inform infrastructure planning and support the efficiency of freight movement.

The plan will take into account the nation’s freight transportation system, which includes 7 million miles of roadways, rail, waterways and pipelines that are linked by seaports, airports and intermodal hubs.

ATA’s comment, written by Vice President of Highway Policy Darrin Roth, encouraged federal and state lawmakers to provide additional funding for segments of highway that are congested or dilapidated. Additionally, Roth called for a long-term revenue source to bolster infrastructure investment. ATA has supported the Build America Fund, which would be backed by a 20-cents-per-gallon fee incorporated into the price of transportation fuels gathered at the terminal rack at an incremental 5 cents per year over four years. The group has opposed trucks-only tolling systems.

“ATA recommends a user-pays, user-benefits approach,” Roth said in the letter. “One mode should not be required to subsidize another.”

“Forcing truckers to spend excessive amounts of time searching for parking can be a serious safety concern for all highway users, but the current crisis can also create additional hazards for the motoring public,” Spencer said in the letter. “This creates a dilemma for law enforcement of allowing a tired trucker to rest in a dangerous location or ordering them to relocate even if it means violating the hours-of-service regulations.”

In its letter to DOT, the National Grain and Feed Association said increasing federal limits on truck weight (which are currently 80,000 pounds) could result in greater transportation cost and congestion efficiencies. NGFA consists of more than 1,000 companies related to processing and exporting feed and grain. Moving grain between 200 and 500 miles generally involves a truck, while longer trips may require trains or barges.

Host Seth Clevenger went to CES 2020 in Las Vegas and met with Rich Mohr of Ryder Fleet Management Solutions and Stephan Olsen of the Paccar Innovation Center to discuss how high-tech the industry has become. Listen to a snippet above, and to hear the full episode, go to RoadSigns.TTNews.com.

Many of the concerns voiced by trucking-related groups regarding funding and infrastructure were reflected in the comments of other transportation organizations that participated in DOT’s request for information.

The International Warehouse Logistics Association suggested that federal funding should be directed to the development of truck platoon lanes that link to ports.

In a letter representing the Maryland Department of Transportation, acting Secretary Gregory Slater also called for a dedicated funding stream.

“While MDOT appreciates the flexibility of the freight formula funding and the breadth of eligible activities, freight still competes for funding with other state responsibilities,” Slater wrote. “A dedicated freight infrastructure funding program would help to focus on specific freight projects while still maintaining and developing transportation projects.”